What the hell is dodgeball? Plus 4 interesting dodgeball facts 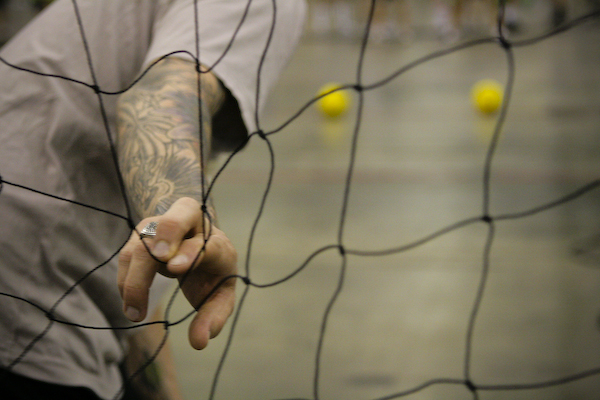 The main aim of Dodgeball is to hit your opposing team with the ball, or to catch balls thrown from the opposite team, before the balls bounce.

There are a few variations and three basic forms of the game: one team against another, one player against a team and every man for himself.

Is it safe? Does it hurt?

It’s as safe as any other sport – the balls used are made of soft rubber so it doesn’t hurt if they hit you. And we should know – we tried it last year!

Haven’t I heard of dodgeball before?

Yep – as well as the film starring Ben Stiller and Vince Vaughn, dodgeball has been referenced in everything from The Simpsons to Monsters Inc. It’s a popular game in the US and even has several global associations to its name.

Do I have to get a team together to play?

A good game requires about 10 players. And as luck would have it, we’re taking our members to a dodgeball taster session on 1st April so you don’t have to gather a big team if you want to try it. 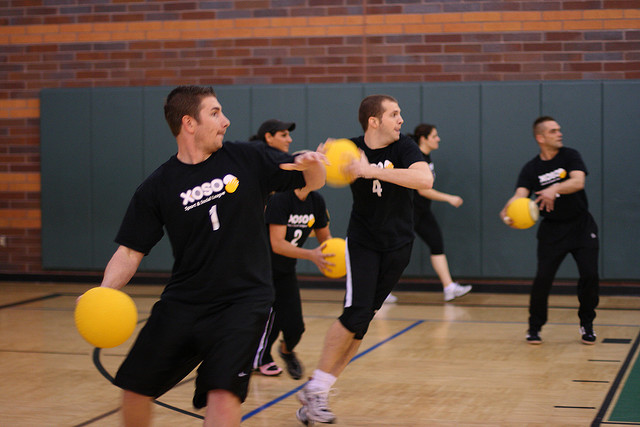 Picture credit: How I See Life (mrsbluff) on Flickr

Make new friends in London and get fit!

Every month we try new sports like dodgeball, table tennis and, yes, even darts, as well as our usual treasure hunts and escape games to give your mind a work out as well as your body…

Not a member yet? Your first month’s membership is just £1!

Photo by How I See Life used under Creative Commons Attribution-NoDerivs 2.0 Generic license.