Through the eyes of a member 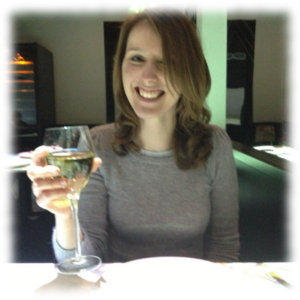 ‘True or false: in 1672, the Dutch killed and ate their Prime Minister.’

How’s that for a conversation starter?

That was exactly the question I was trying to answer on a recent Saturday afternoon, sat at an interactive table with a glass of wine and some very good Thai food. Oh, and not forgetting five people I’d met not ten minutes earlier.

Your first social can be daunting. I know it was for me – walking into a room full of strangers would make even the most outgoing of us feel a little intimidated. But with a Thinking Bob event, it’s easier than you think.

Every event is set up so you don’t have to think of small talk. In the past few months I’ve been to everything from a ‘Gunpowder, Treason and Plot’ guided walk around central London to a treasure hunt around the V&A, and I’ve never struggled for something to say.

But what makes Thinking Bob really unique for me is ‘Drinking Bob’ – the social afterwards when everyone compares notes and gets to know each other over a drink (or six). It was at ‘Drinking Bob’ that I met the person who is now my flatmate, and many other people I have swapped numbers, email addresses and war stories with.

From a 90s-themed girls’ night out that was more fun than some of my best nights in London so far, to quaffing champagne in Soho at the birthday of someone I hardly knew (but who welcomed me like I was already a friend), every event ends differently.

Above all, Thinking Bob has made going out on my own a positive thing. It’s given me confidence, because conquering the initial reservations about talking to strangers has lead to some pretty awesome nights. And that’s worth the registration fee on its own.

(Oh and by the way, it’s true: the Dutch really did kill and eat their Prime Minister. So now you know.)