Through the eyes of a member: A quiz story!

As a newbie to the Thinking Bob concept, I had a lot of different expectations.

Sure, I had heard and read about the club and its different events, but I was still not certain what I was about to throw myself into. Amongst the clutter of different social clubs and events you can find in London, Thinking Bob stood out to me as a unique club as it focused on connecting people with similar personalities rather than just people with common interests. 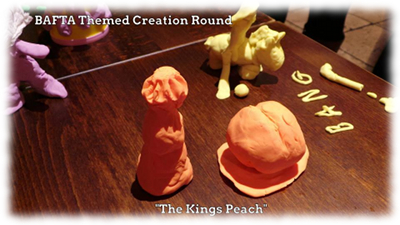 Having read that Thinking Bob’s events were about fun, but also witty and more intellectual events, and the idea that I could have the chance to socialize with people that were similar to me in terms of personality, appealed to me. In a city like London it can at times be difficult to juggle work and social life, therefore I was willing to be open to a new kind of socialising and try out one of Thinking Bob’s upcoming events; in my case this was the Buzzer Quiz. I had always been a big fan of quizzes, so I thought: why not try it out?

Situated in a charming pub in North-West London, I was excited (and a bit nervous!) for the evening that I was about to engage in. Turns out, the tiny bit of nerves that I had when I came, quickly vanished with some help from the lovely organisers James, Phil and Rebecca! I was soon mingling and chatting to the other members, both with the fellow newbies and with the more ‘seasoned’ thinkingbobers. I can definitely say that I met some new and interesting personalities during this night!

After a few drinks and some stimulating conversation, the event was finally about to start. We were all put into teams of 5 and 6 and after some heavy mingling, it was nice to chat with a smaller group of people. There was a definite sense of competitive spirit hanging in the air, and the fact that each team were given buzzers (!) did not exactly lower the anticipation and excitement in the room. The quiz was a mix of normal questions, buzzer questions (my personal favourite), video observation questions and parts of song lyrics that had to be solved. Amongst this we were also given a break featuring a BAFTA themed Play-Doh construction round, allowing the teams to get real creative with their minds and hands! Despite an amazing team effort throughout the Buzzer Quiz, my team did unfortunately not end up taking the prize home; instead it went well deserved to the team of Lucky Seven. 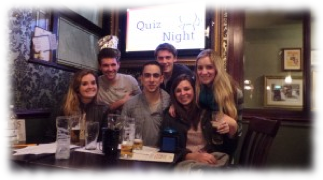 On my way home from the event, I was left with a lot of good impressions from the night. Not only was the event fun and creative, but the people that I met were all there for the same purpose as me; to meet new people in a less conventional way, through fun and mind stimulating events. The environment was great, and I felt welcomed both by the organisers and the other members. All of this has given me a very positive first impression of Thinking Bob, and I can’t wait to see what exciting upcoming socials Thinking Bob has to offer!

Dea is one of the latest members to join thinking bob team. Find out if thinking bob is for you on our  about page