Admit it. You saw the headline and sardonically thought “Boris Johnson”. Whatever your assessment of his competence, the Mayor does have a surname that is US slang for the male member, as well as delightfully evocative initials.

But this article is about actual penises, or representations thereof.

A most girthsome penis bone

The Grant Museum at UCL contains any number of natural curiosities, from a dodo skeleton to a jar full of moles. For present purposes, feast your eyes on the club-like exhibit below. This is a penis bone, or baculum. 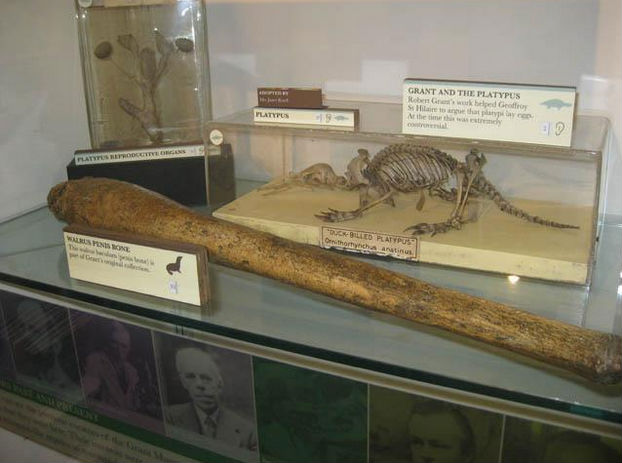 As you’ve no doubt observed, humans lack such penile support. We are unusual. Most male mammals can achieve a literal bone-on, employing a skeletal stanchion — a penis bone — to assist their amorous fulfilment. The walrus is king dong.

As you can see, its penis bone (shown below) is as long as three duck-billed platypi — a sentence I guarantee you’ve never read before.

The capital contains many a naughty pub name. You can order a stiff one at the Cock on Great Portland Street. Notting Hill’s Cock and Bottle conjures even filthier imagery. 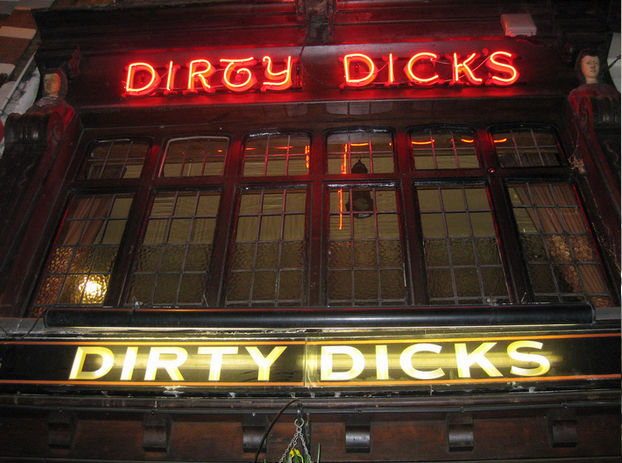 Beside Southwark station you might care to penetrate The Ring. We’re open to the Bishop’s Finger in Smithfield, and happy to swallow anything that Balls Brothers pumps our way. The king of lewd taverns, however, must be Dirty Dick’s, a riotous old pub on Bishopsgate.

And the lewdest pub windows

We might also include The Albert in our roll call of dubiously titled pubs, this being the nickname of a specialist genital piercing that supposedly decorated Prince Albert’s august appendage.

Yet the most sordid aspect of this Victoria Street boozer is its windows. Take a look. Hidden among the tasteful foliage and elegant, etched swirls is a carefully concealed penis. The erect member is depicted in its moment of greatest excitement, a jet of manspatter issuing from its spigot-hole. 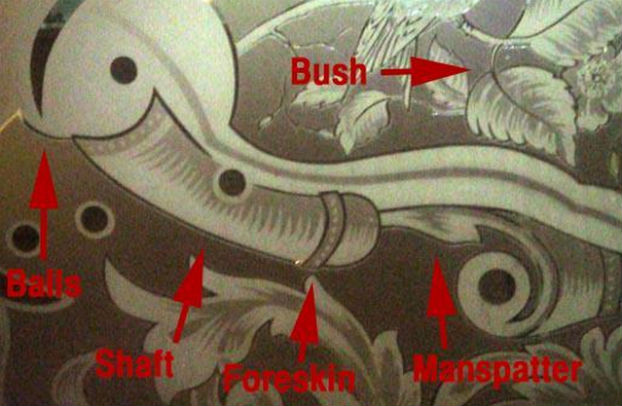 According to the Third Law of Teenage Expression, any depiction of a full-length person can only be improved by the addition of a hastily drawn nob. 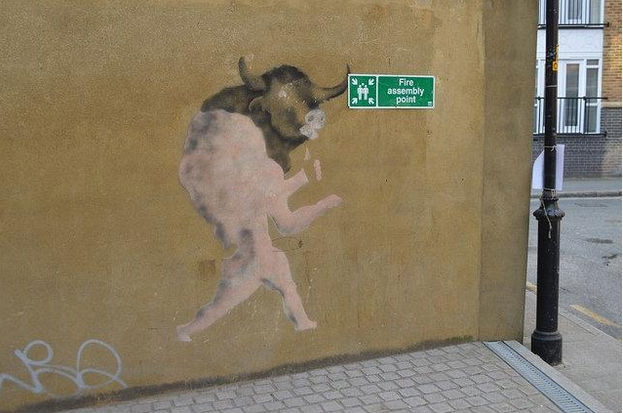 The motif is also commonly found on works of street art. If left long enough, any figurative depiction will inevitably find itself ‘touched-up’ by a rival street artist, the critique often taking the form of a massive penned-on penis. Like this minotaur in Bermondsey.

Cockfun is nothing new. Our forebears were every bit as obsessed with the extendable organ. Take, for example, this collection of phallic objects, which date back to Roman times.

These sexy sculptures are probably fertility charms, but no doubt played a dildonic role, too. They’re held in the Science Museum’s storage building. You’re not allowed to visit them lest they warp your prudish, delicate mind. The occasional classical ‘column’ will, however, find its way to the Wellcome Collection on Euston Road, where you can also spy examples of the phallic wind chimes shown below. 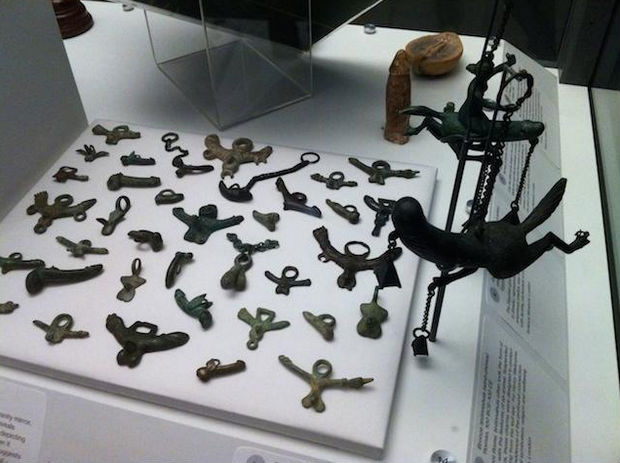 Please feel free to share your own cock sightings in the comments below.