Moving to London, or been here a while? Looking to meet new people and regenerate your social life? thinking bob is here for you. We run 60+ fun, cerebral socials every month, all designed to take the awkwardness out of making new friends.

But don’t take our word for it… just ask Roxie, one of our most fantastic members! 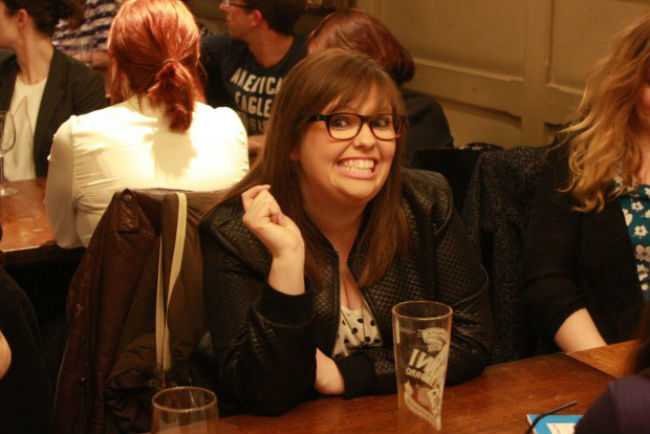 Before moving to London, I signed up for loads of newsletters and social sites selling me on events, parties, concerts… but when I moved here, ready to soak it all up, I realised I didn’t actually know many people to go to it all with.

I knew it was going to be hard moving to London, meeting new people, making new friends – but surely it couldn’t be that hard? It was!

After six months I’d met zillions of people, but I still had no close friends. Everyone seemed to have their own tidy little friendship groups already.

By the end of my first thinking bob social I had five new friends. I was hooked.

For me, there are three things that make it so unique:

Not in a desperate sense but in an interesting sense. Members (or ‘bobbers’ as we’re known) are so friendly and open. After one or two events you basically feel part of a giant family and a loving community. 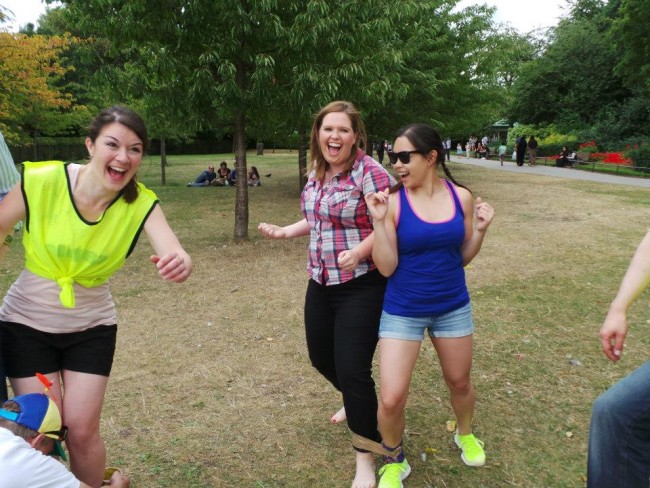 2) Everyone’s there for intellectually stimulating (not in a nerdy way, well a cool nerd at least) fun.

There is SO much shared enjoyment of all sorts of interests and passions. No one wants to talk about the weather, no one wants to have a bitch and moan about work, and no one will mind that you love University Challenge…

3) Everyone there wants to try something new.

Whether it is going on a history walk around London, dressing up for a murder mystery, breaking out of an escape room or playing Rock Paper Scissors, thinking bob members are up for all sorts of exciting adventures.

I love the constant new ideas that are brought to the table. You don’t have to be crazy-smart: you just have to be interested in something, anything!

I remember my first social…

I was a nervous wreck. I turned up to a film quiz, thinking everyone’s going to know each other, they’re all going to have their teams sorted, I am rubbish at film trivia (apart from my intimate knowledge of Nora Ephron Films), what am I doing here?

But by the end of the night I had five new friends who had convinced me to go along to another event that weekend. 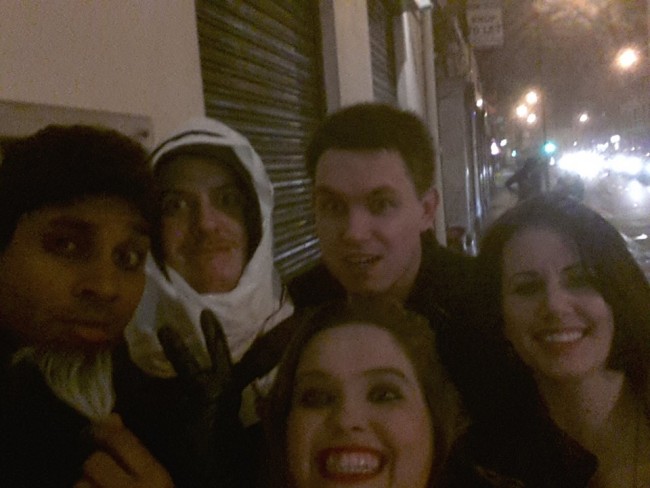 It’s safe to say I spent the rest of the night being ‘conned’ out of (fake) money, along with everyone else in the room!

And basically that was it… I was stuck!

Since then I’ve been to 65 events!

I joined thinking bob a year ago and never looked back. Sometimes I go to two or three events a week, meeting new people, doing different things. Nothing can capture the thinking bob experience more than just being a part of it.

Bobbers are some of the most creative, inspirational, funniest, offensive, crazy, intelligent, brilliant people I have ever met and will ever meet.

Just a few things I’ve done as a bobber…

Broken out of three escape rooms. Participated in a Retro Sports Day (in flip flops) 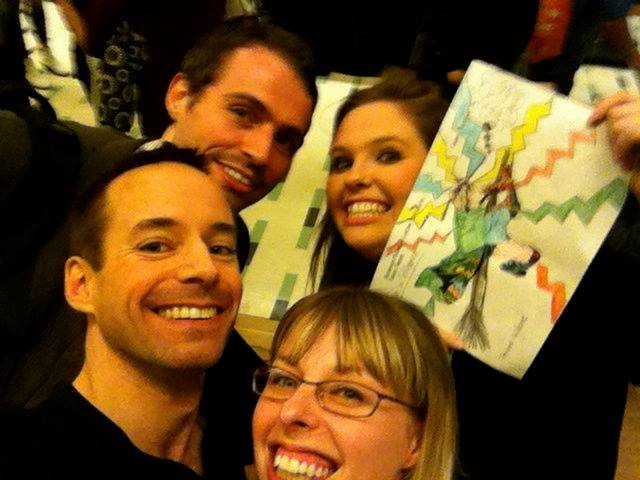 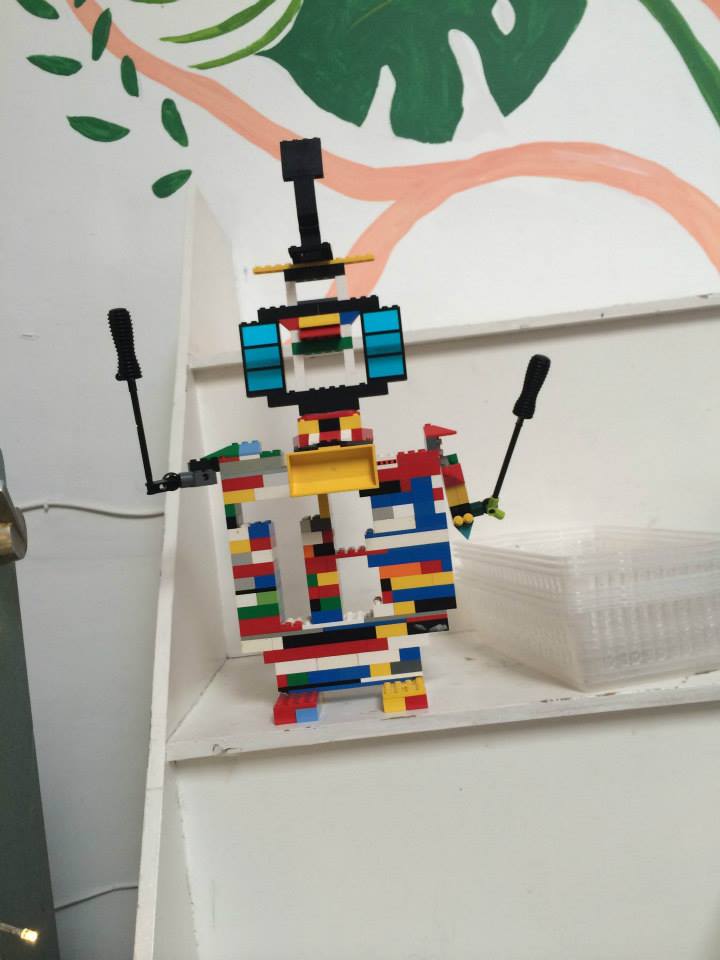 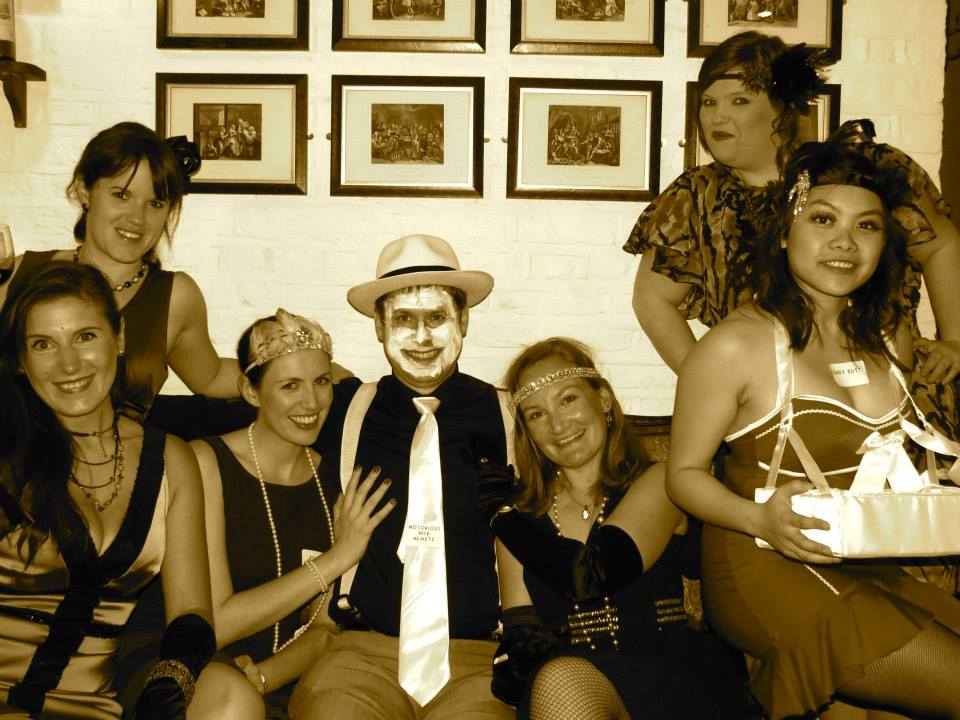 Played a buzzer quiz with hard hats, followed by a noodle war. Played a bunch of new board games. 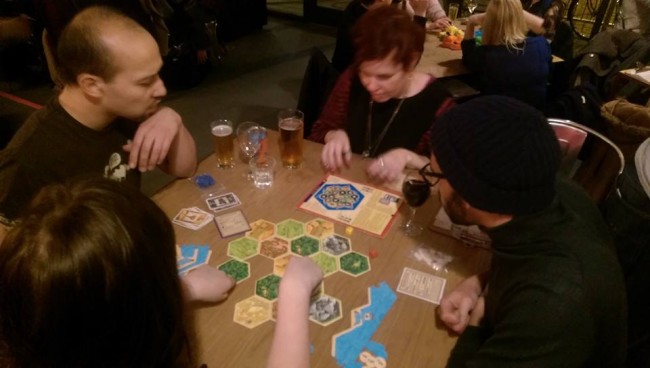 Been to an open air movie screening and picnic. 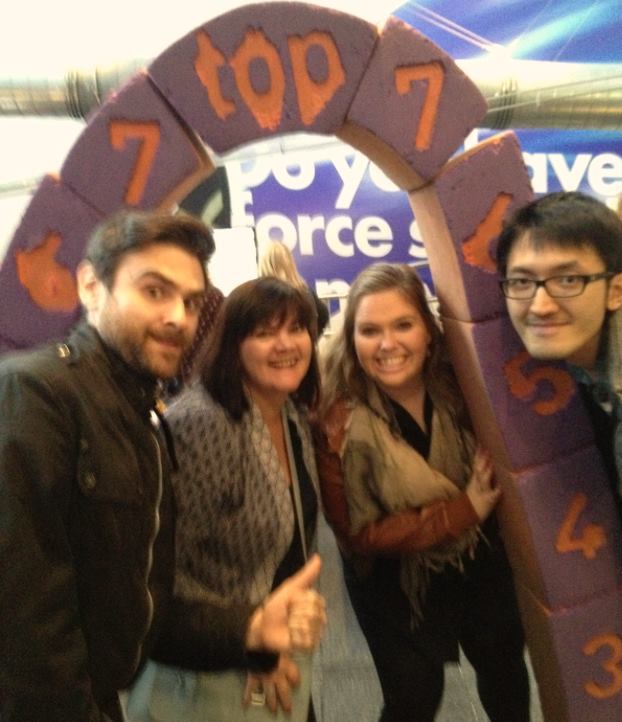 Been to two Rock Paper Scissors tournaments (of one which I was champion and another of which I was NOT champion!) 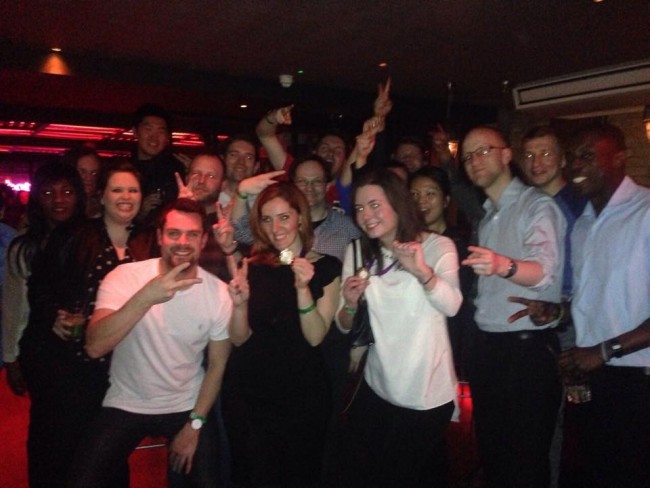 I think I hold the record for having been on the most winning teams for the quizzes… which are my favourite thinking bob events!

Buzzer, back to school, London, geek, Christmas, movie, music or just a plain old pub quiz. They are the best nights for banter, smack talk and general knowledge (or insult) and whether you’re worried about answering any of the questions or not, they are some of the fun-est nights out I have had!

And as I like to say… London… it’s just one giant party when you’re with Bob! 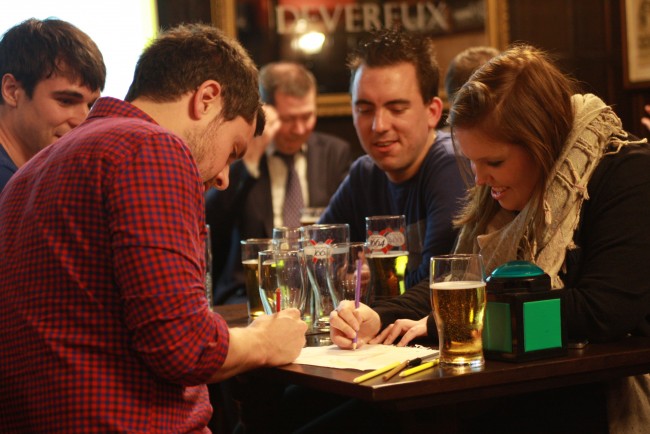 Create your own thinking bob story…