So, how does it feel to be a winner? 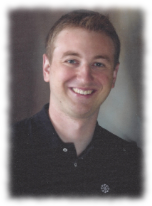 Surely there are quite a few people who think that a game of rock-paper-scissors doesn’t necessarily stand for a Friday evening well spent. And honestly: Who can blame them? In most cases it probably means that you don’t have enough friends for a game of Monopoly, and the one friend you have is probably a bit odd!

Actually, I was one of those sceptics before I joined thinkingbob – and they proved me wrong… There is a slight chance my opinion is biased due to the fact I won! (and I still find this incredibly awesome), but let’s start from the beginning.

First and foremost this event was a SOCIAL. This means that the evening had to start with some nice casual chatting and handshaking before the cut-throat competition could start. As always with thinkingbob events, the atmosphere was very warm and friendly. Although many people were new to the club, the organisers Becky, Phil and James managed to make everybody feel very welcome. The competitive young crowd was filled with lots of interesting people from various backgrounds. It was a great opportunity to make new friends and I had the feeling that many people did. Of course this had to come to an abrupt end when the tournament started …

For novices to this ancient game it’s probably not easy to imagine, but the atmosphere at a rock-paper-scissors tournament can heat up extremely quickly. Fortunately, the tournament took place on a boat, so at least no clueless observer could call the police because he thought we were involved in illegal box fights.

Obviously, mastering the art form of rock-paper-scissors requires a lot of time and dedication  – who am I kidding – its really easy and everyone can join in, which makes my victory sound a lot less impressive than it feels! However considering that I didn’t really have a clue what I was doing I guess I should be happy  (and also thank my gardener, my school teachers, my dentist and my great grandparents for the support during all the years of training). To top it off, my luck was well rewarded with a very nice prize pot of 90 pounds – the biggest prize I’ve ever won (and this is not supposed to sound pathetic).

Of course, the evening didn’t end there. The ‘drinking bob‘ after-tournament drinks commenced and I did my best to re-invest my winnings at the bar in record breaking time, which made me a popular man – weird that.

All in all, it was a great, well-organised evening and a superb night out (I think my personal highlight was the backstreet boys karaoke after midnight. Great singing guys!). If you ever have the opportunity to join in on one of thinkingbob’s legendary Rock-Paper-Scissors tournaments: You definitely shouldn’t miss out on it!