How to win at rock, paper, scissors

Our first Rock, Paper, Scissors social took place back in 2012, when long-standing bobber, Clems, became our first champion. Of course, that has all changed with various members taking the crown, from Christoph who first snatched the victory, to current shared holders of the title Laura + Imara…but it could all change this Friday. Who will take the new Rock, Paper, Scissors crown?

All will be revealed on Friday 17th April (tomorrow!) in Shoreditch….

See more photos from our last tournament at the thinking bob Facebook page.

“Rock is for rookies” – Rock, Paper, Scissors (RPS) tips from the experts

Many believe that this is a game of luck – not so! Here are some of our favourite RPS tactics from the professionals.

And the geek alternative…

Rock, Paper, Scissors, Lizard, Spock was originally invented by Sam Kass and his wife Karen Bryla after they realised that the chances of a tie in the original game rocket to 75-80% once you know someone well
enough. So they added another two variations, reducing the chances of a tie 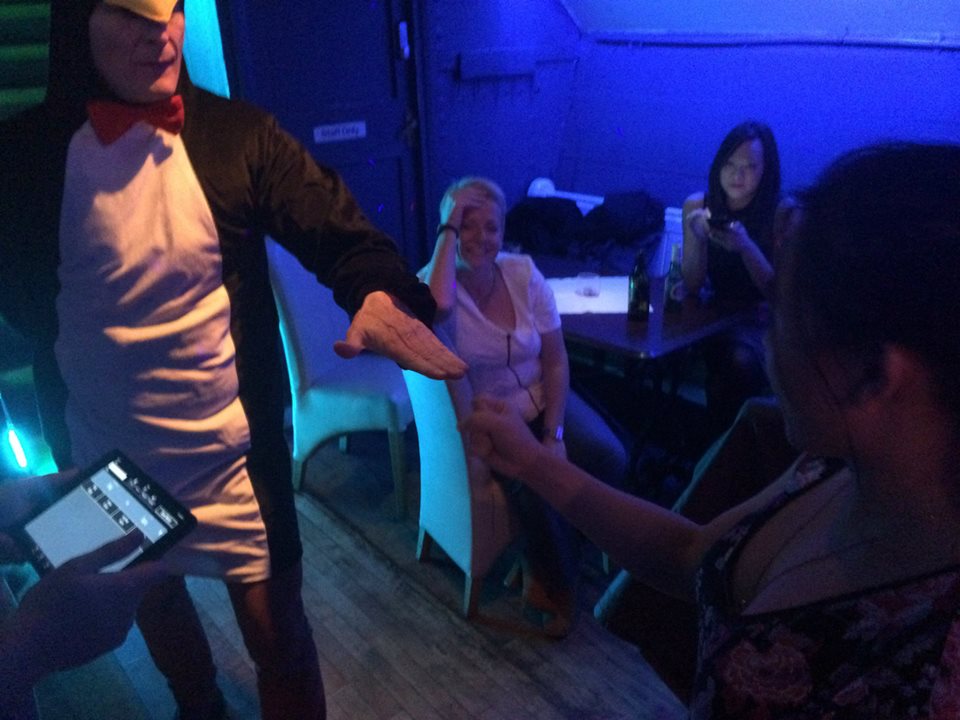 A few years later, the game was picked up by the producers of The Big Bang Theory. Read the real story behind Rock, Paper, Scissors, Lizard, Spock (and the maths behind it).

Now you have your game plan, sign up here and see you on Friday!