How Many of These 90s Game Shows Do You Remember?

The world of entertainment has changed a lot in the past few decades, and we feel it’s pretty fair to say that, when it comes to TV gameshows, they just don’t make them like they used to!

But how many of these 90s gameshows do you remember?

Four contestants battle against one of the SUPER-BUFF Gladiators team in a series of fitness and sports-related challenges.

We mainly remember this show for all the lycra and bulging muscles.

The contestants had to answer letter-based trivia questions in a race to make a path across the honeycomb-screen.

The prizes were just a sweatshirt and a dictionary, but the theme tune was fantastic!

Bob says: Did you know we run our own version of Blockbusters? Look out for BOB-BUSTERS, making a return in 2016!

Set in “The Crystal Maze”, the show featured a team of six contests who were led around the four different zones by the absolutely legendary host: Richard O’Brien.

They had to take part in a series of challenges in order to win “time crystals”. If they didn’t complete the challenge in time, the contestants would get locked in!

Bob says: If you used to scream at the contestants for always getting locked in, and think you could do better, check out one of our Escape Room socials!

Three teams answer a bunch of trivia questions to earn time on their clocks. Then they run around the supermarket, throwing items into their trolley, with the aim of having the most expensive trolley and earning the chance to win prizes.

Ahh Catchphrase. (We’re just going to ignore the revival… in our eyes, that never happened!)

Two contestants were shown a screen with a partially blocked out animation, and had to figure out the familiar phrase represented by it.

Always good for a laugh, and Mr Chips, the Catchphrase mascot, was pretty cool too!

100 people have been asked to answer a survey. Two families compete to find the most popular answers from the survey, and the winner goes home with anything from a car, to a washing machine, to absolutely nothing.

Les Dennis was an awesome host, and it’s no surprise this show went on for over 15 years.

(Again, we’re ignoring the revival… It’s all about the classics for us!)

A children’s game show that had two lots of 50 students competing against each other to win glory for their school.

If you were a British child of the 90s, we’re 99% sure you dreamed of being on this!

Answer a question, spin the wheel, earn some points, win some prizes!

That’s pretty much the gist of it but OH IT WAS SO MUCH MORE THAN THAT.

That crazy colourful set, Carol Smillie in a shimmery dress, the bizarre similarity it had to the Hangman game…

Everyone loves Wheel of Fortune!

Bob says: We run our own version of this too! Keep an eye on our 2016 socials for the reappearance of WHEEL OF BOBTUNE!

9. Get Your Own Back

Embarrassed by your Dad dancing in public? Did your Mum tell you to tidy your room?

Well there’s not much you can do about it now. But back in the 90s, you could have entered them on the amazing gameshow that is Get Your Own Back!

The “offender” usually ended up wearing silly costumes and being dunked in gunk.

What’s not to love?

We loved that it wasn’t enough to be good with general knowledge, you also had to have some physical skill with the darts. And it had a pretty amazing theme tune as well!

Have we revived your love of old-school gameshows? Great!

Then why not join Thinking Bob today and join us this coming Friday for our BOBSEYE social!

We have the amazing Ewen MacIntosh (Keith from The Office!) lined up to host, and we can already tell it’s going to be a hilarious night.

No good at darts? Don’t you worry, there’s no need for super-skills in our Bob version of this popular gameshow! 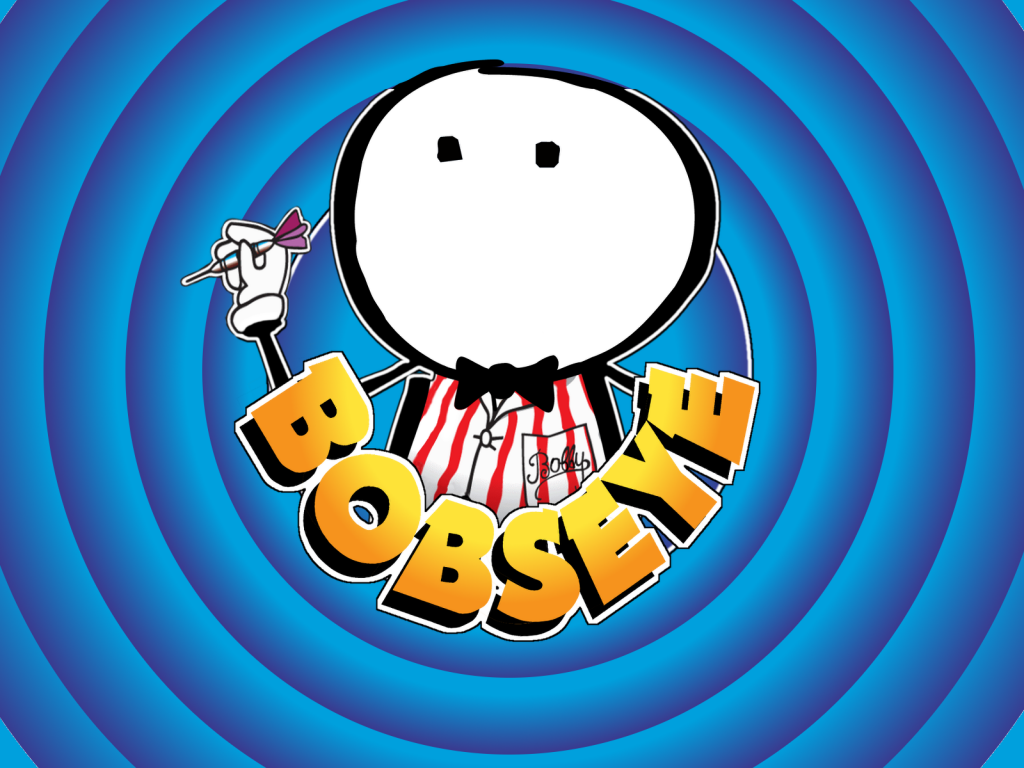 We’re thinking bob, a social community for geeks, culturists and intellectuals in London.

We organise over 60 socials in the city every month, from geek pub quizzes to evenings based around smart talking, debates and puzzles.

Want to join us? Your first month’s membership is FREE and you can cancel at any time, so why not take a look at our social calendar and give us a try?