Thinking bob is better for your health than Facebook – that’s official!

As new research proves that Facebook could be making us miserable, we look at the dramatically positive effect that expanding your social circle offline can have on your health.

The effects of friendship on our health 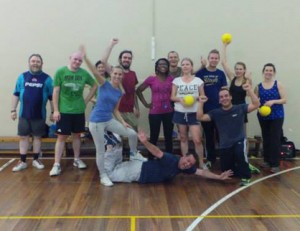 In 2010, a team of researchers at Brigham Young University found that social relationships increase our chances of survival by 50%. What’s more, they concluded that low social interaction is as bad for your health as smoking 15 cigarettes a day, alcoholism, getting no exercise or obesity.

But why? According to Harvard Health Publications: “Social connections help relieve harmful levels of stress, which can harm the heart’s arteries, gut function, insulin regulation and the immune system.”

Making new friends has also been shown to help us by:

Friendships could even help to improve our memory function: according to Harvard, friendships make our lives more intellectually and emotionally stimulating, exercising our brains and ‘fostering better neuronal connections’. This exercise for the brain may help to prevent dementia in later life.

And a new 2013 study from the University of Michigan backs up the theory that Facebook and other online networks can’t compete with the positive effects of offline connections:

“Rather than enhancing well-being, as frequent interactions with supportive “offline” social networks powerfully do, the current findings demonstrate that interacting with Facebook may predict the opposite result for young adults—it may undermine it.”

In an interview with Forbes.com, Julianne Holt-Lunstad, Ph.D., a co-author of the BYU study, discussed how connecting with new people online could affect our health:  “We know that the social relationships we have are important, and it’s about the connection, [although social networking is] less concrete than face-to-face contact.

“I certainly wouldn’t say that just because someone has 600 friends on Facebook, they can consider themselves healthy. I just wouldn’t.”

How to make new friends

At thinking bob we know the power of having some cerebral fun with some like-minded people – from street games and treasure hunts to debating evenings; from murder mysteries to conversation lunches – there’s always something going on that will suit you!

Why not try one of our socials and start expanding your social circle today? Click here to find out more.