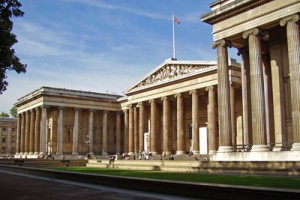 At thinking bob we regularly explore the museums and galleries around the city, this week we’re heading to the British Museum for our latest cultural hunt and social.

So get your brain in gear with 11 facts about London’s museums….

Hi! We’re thinking bob, a London socials club helping over 5,000 Londoners to meet new friends, explore the city and give their brain a workout at the same time.

Every month we organise 30-40 events across the city – from museum treasure hunts to murder mysteries and pub quizzes (with real buzzers!) to debate evenings.

Your first month membership is just £1 and you can cancel any time, so come and give us a try.