We all love it. I mean, what’s not to love, right?

It’s an awesome invention whereby you can watch a hundred different TV shows and films, of all sorts, at all times, for a minimal subscription rate.

But sometimes you just need a break ya know? Maybe your eyes have started to go square-shaped. Or your flatmate has had to ask you for the 20th time to stop humming theme tunes.

Whatever it is, you’ve decided it’s time to take a step back from the screen and get stuck back into real life.

Don’t worry though, here at Thinking Bob we’ve got you covered for all sorts of activities you can do in London.

Just pick your favourite Netflix show and discover what would suit you best! 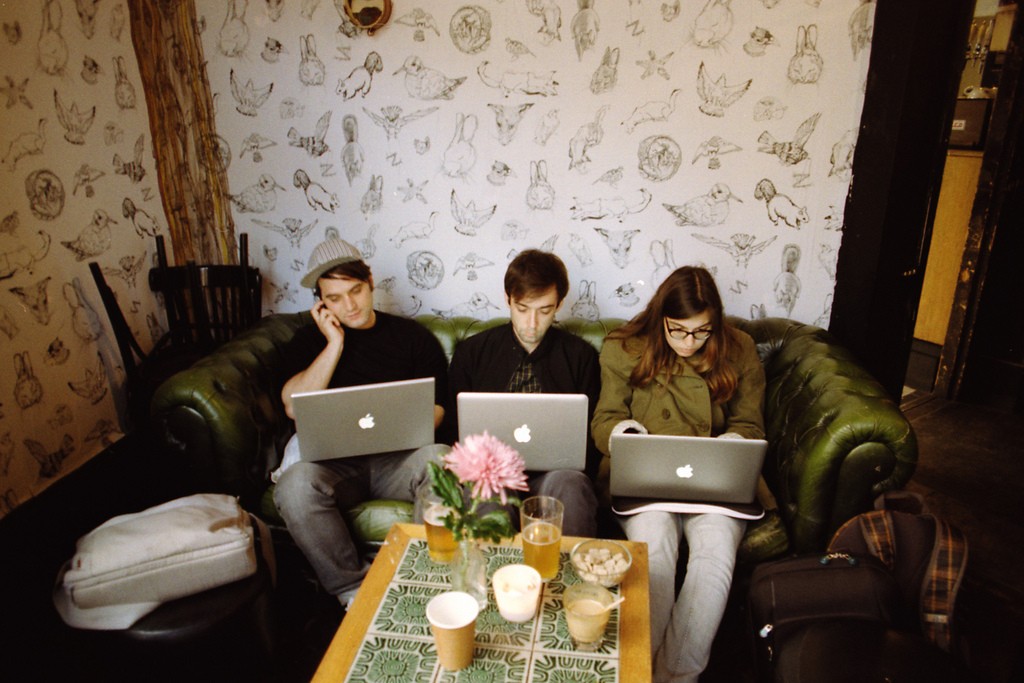 If this sneaky, clue-hunting show is your favourite, why not take a look at some of London’s best Escape Rooms?

From solving murders to saving the world, you and your team will have to solve the puzzles and spot all the clues to find your way out of the locked room in the specified time.

Is your favourite Netflix show the incredibly popular story of a terminally-ill chemistry teacher, who turns an old caravan into a crystal meth lab to help save his family?

Then you really should check out the ABQ Bar.

Directly inspired by the show, ABQ is the pop-up bar all Breaking Bad fans have been waiting for. Sign up while you can, and go cook up your own fancy cocktails for the night!

Or if you’re more interested in the actual scientific or moral aspect behind the show, why not join your fellow Thinking Bobbers for a Pub Science social?

This month’s theme is (oh so very coincidentally) the Science of Recreational Drugs and it looks to be a super interesting evening!

A funny insightful look into adult learning, set in a community college in the States.

Want to feel like your favourite characters and join a study group of your own? Then why not get stuck in and learn a new skill or craft!

CityLit have a super-varied list of short courses available, including jewellery-making, photography, Intro to Archaeology and Spanish for Beginners.

Or if you fancy improving your digital skills, take a look at General Assembly’s impressive curriculum of classes on everything from social media to blogging, website design and app development.

Vampires and monsters and mediums, oh my!

A fantastic show set in Victorian London that takes inspiration from the infamous ‘penny dreadfuls’, the lurid horror stories that came into fashion in the 19th century.

If you love old-time London and find yourself fascinated by the stories behind Jack the Ripper, Frankenstein and Dorian Grey, you’re sure to LOVE a historical walking tour!

Try a tour of Southwark for exploring the darker, naughtier side of the city’s underbelly.

Or maybe you’d prefer to visit Whitechapel, the infamous hunting-ground of London’s most notorious murderer.

Whichever you do, you’re sure to learn things you didn’t know before about our wonderful, crazy, historical city!

A team of super-brains team up to help the US Government solve high-tech security threats and save lives. Each episode features mysteries and challenges to be solved, so we think that if you love this, you’re sure to love our Treasure Hunt and Street Game socials.

There’s plenty of those coming in the new year, but for now, sign up to Thinking Bob for FREE today and you could soon find yourself running around town looking for treasure at our FESTIVE HUNT!

We’re thinking bob, a social community for geeks, culturists and intellectuals in London.

We organise over 60 socials in the city every month, from geek pub quizzes to evenings based around smart talking, debates and puzzles.

Want to join us? Your first month’s membership is FREE and you can cancel at any time, so why not take a look at our social calendar and give us a try?